The Board has five  livestock farms located at   Mattupatti,  Kulathupuzha, Dhoni, Kolahalamedu  and Puthur. All the farms except Kolahalamedu and Puthur maintains breeding  bulls for frozen semen production. While the Mattupatti farm houses both the Sunandini and exotic bulls,  Dhoni and Kulathupuzha farms have only the Sunandini bulls. Dhoni also maintains the  Murrah buffalo bulls. Bull mothers are kept at Mattupatti , Dhoni, Kulathupuzha and Kolahalamedu.  Dhoni farm, in addition to the above also accommodates a quality control laboratory for frozen semen, central fodder seed store, seed testing laboratory, basic fodder seed production unit and the goat breeding centre.  The farm at Puthur maintains indigeneous breeds of cattle. The training centres are located at Mattupatti, Dhoni,  Kulathupuzha and Puthur.

Graded ‘A’ by CMU and HACCP and ISO certified 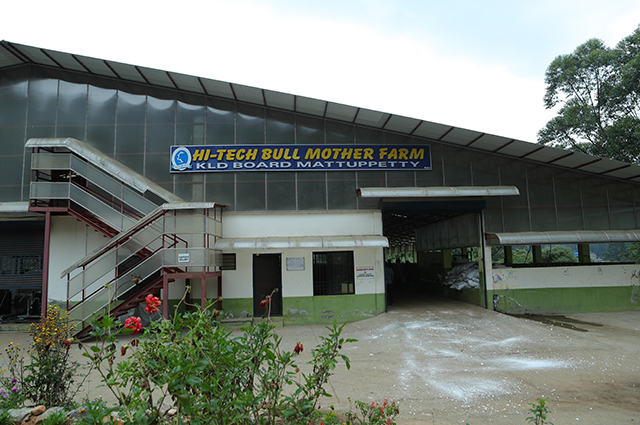 It was at Mattupatti, that the Indo-Swiss Project started functioning during the year 1963.  This station, by virtue of the pioneering work done in the field of crossbreeding and fodder development, has transformed itself into one of the most important destinations in the field of animal production in the country.  The quality and content of the training courses offered in the field of cattle breeding and allied activities have also contributed in a major way for the recognition that the station has acquired.  The bountiful nature and the serene landscape that the station has been blessed with, have further added to the popularity of this station.

Mattupatti is located at 1700 m. above MSL in the Western Ghats, 150 km. east of Kochi. The unit has an area of 191 ha., of which 113 ha. have been  developed into grazing lands or permanent leys.  Around 400 heads of cattle which include breeding bulls, cows and the growing stock are being maintained in the farm. The unit is controlled by the Manager (AH) under whom there are 3 sections; Animal Husbandry, Fodder and Semen Bank.  The training centre with the Manager (Trg) as its head is also functioning at Mattupatti.  Altogether 8 officers, 10 staff and 101 permanent workers are employed in the farm. All the employees have been provided with living quarters.  Basic medical facilities are arranged through a dispensary attached to the farm. A cultural association and school bus provides the minimum social needs to the employees.

The training centre at Mattupatti organizes practical oriented courses for Veterinarians, Para Veterinarians and Technicians in the field of animal production

Deep frozen bull semen was produced for the first time in the country (during 1965) at Mattupatti.  The processing and freezing techniques are periodically updated to match international standards.  The station has a capacity to produce about one million doses of frozen semen in a year.

The Bio-technology division at Mattupatti headed by the Deputy General Manager (BT) is responsible for the R&D activities of the Board and the technical co-ordination of frozen semen production.  A well-equipped embryo technology laboratory is also functioning under this division since 1996.  Embryo technology is mostly applied for bul bull production programmes of the Board.

Graded ‘A’ by CMU, HACCP and ISO certified 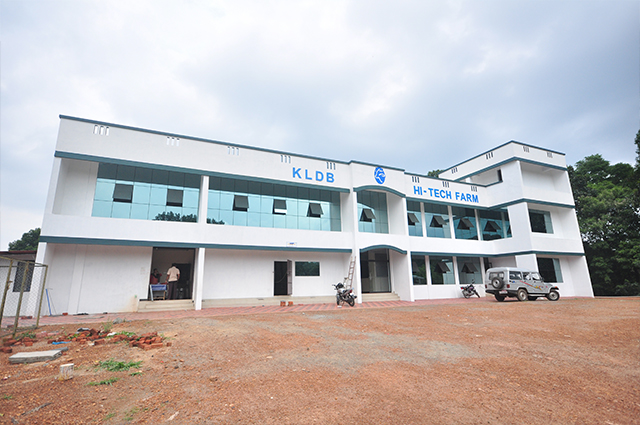 Kulathupuzha unit was established in 1974. It has a capacity to house 50 adult and 30 growing bulls. The station also has a Modern Bull Mother Farm with  a capacity to house 200 animals in milk.The station is situated in the Kollam district, 60 km north east of Thiruvananthapuram at 150 m above MSL in an area of 38 ha.   Kulathupuzha unit also accommodates a Regional Semen Bank distributing frozen semen and LN to the districts Thiruvananthapuram and Kollam. Five officers, 9 staff and 40 permanent workers headed by the Manager (AH), run the unit.  The unit has the infrastructure required for the annual production of about one million doses of frozen semen.   Apart from the bulls and the semen processing laboratory, the farm maintains a good nursery of garden plants, a live herbarium of tropical fodder grasses and legumes, a coconut garden and avenues flanked by mango, jack and cashew trees. A sale depot for frozen semen sale to agencies outside the state is also operating from this unit. 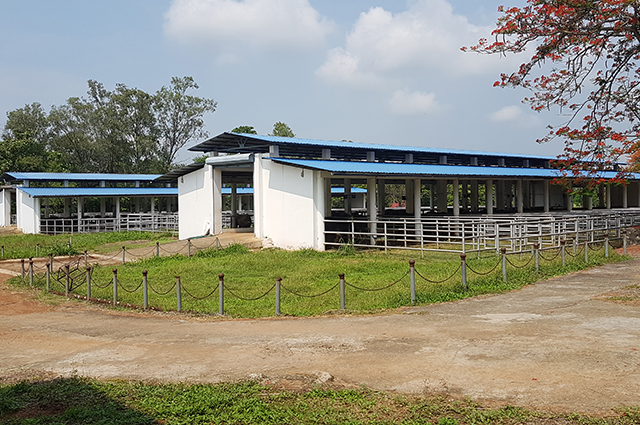 Dhoni farm was started by the Dairy Development Department during 1972 as a bull station to keep pure Jersey bulls for the production of coconut milk extended semen (CME) intended for use in the northern districts of the State.  This farm got transferred to the Board during 1976. Thereafter, the farm underwent major changes in respect of its objectives, functions, divisions etc. Six officers, 10 staff and 75 permanent workers run the unit. The unit is headed by the Manager(AH) 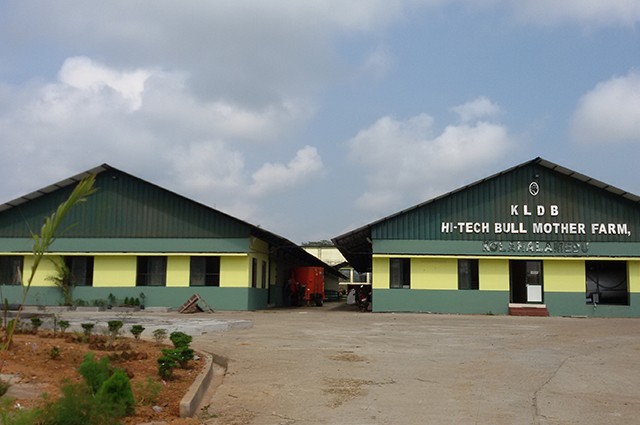 The new Modern Bull Mother farm at Kolahalamedu was established in 2014. It has a capacity to house 300 animals in milk. The station is situated in the Idukki district, 5km north of Vagamon. Five officers, 9 staff and 12 permanent workers headed by the Deputy General Manager (AH), run the unit. 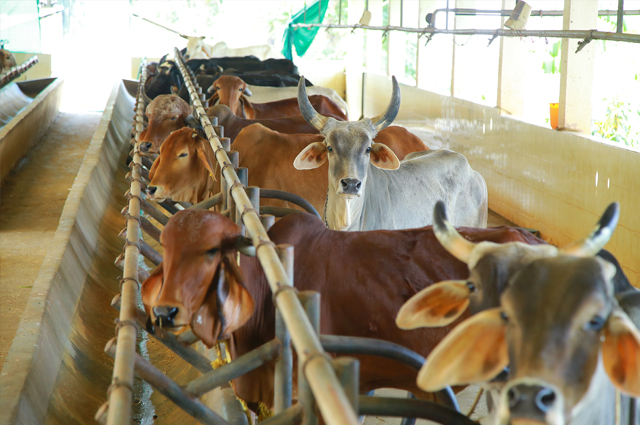 Puthur unit, originally started as a Pig Breeding Centre was converted to a Livestock farm during 2012. It has a capacity to house 90 animals. The station is situated in Thrissur district. Three officers, 6 staff and 3 permanent workers headed by the Deputy General Manager (BT), run the unit.